I read with great interest last year’s blog posts on the excavation of the peat block from the Alvastra pile dwelling. The block was removed during the 1930 excavations and the project group assumed that it had lain under the clay vessel SHM 16374:C9,1 in the east of the pile dwelling. But I thought there was something wrong. Directly under the lid of the box there were two light grey smooth lumps of soil under which dark grey granular soil can be seen. Already now I suspected that the light grey lumps consisted of lime gyttja and that the dark grey soil was Cladium-/Phragmites peat (sedge and reed peat).

My suspicions were confirmed by another blog reader, Jens Heimdahl, who commented on figure 1 in the second blog post (part 2, 2016-02-11), saying that what could be seen was clay-rich soil and not peat. At this point I began to wonder whether the peat block had been turned upside down. I sent a mail to Jackie Taffinder expressing my observations and interpretations but I thought her response was weak and I gave up.

The project group sent one of the three textile fragments found at the bottom of the block to Brussels for radiocarbon dating. The result was published in blog post number 5 (2016-12-01): 1415-1475 ca. AD (2 sigma), i.e. Middle Ages. My interest was re-kindled and I composed a power-point presentation which I decided to deliver at a project group meeting on 19 January 2017. Here comes the presentation: 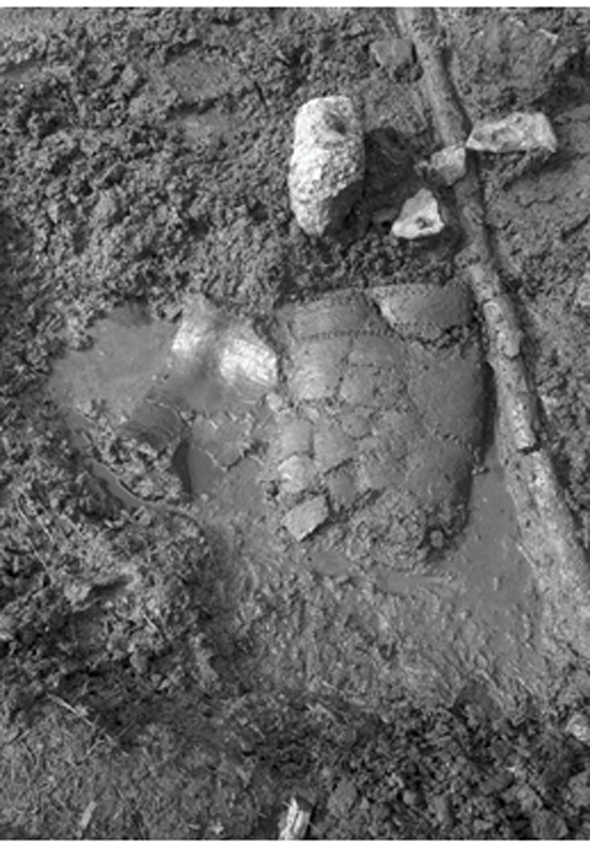 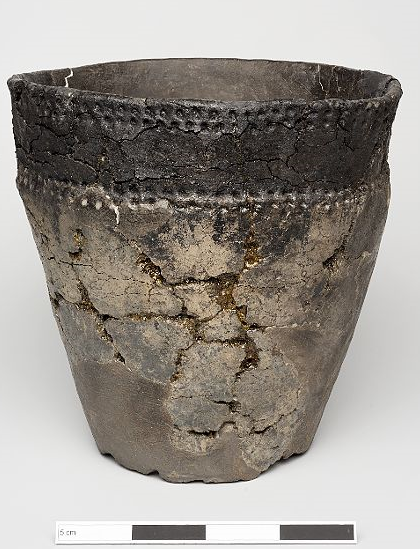 The vessel C9,1 and the sherd C9,2 are marked by x on the find plan for square C9. This is what it says:

The numbers refer to the position of the objects in centimeters below the used zero level. The director of excavations, Holger Arbman, does not mention the find of the vessel or the removal of the peat block in his diary. 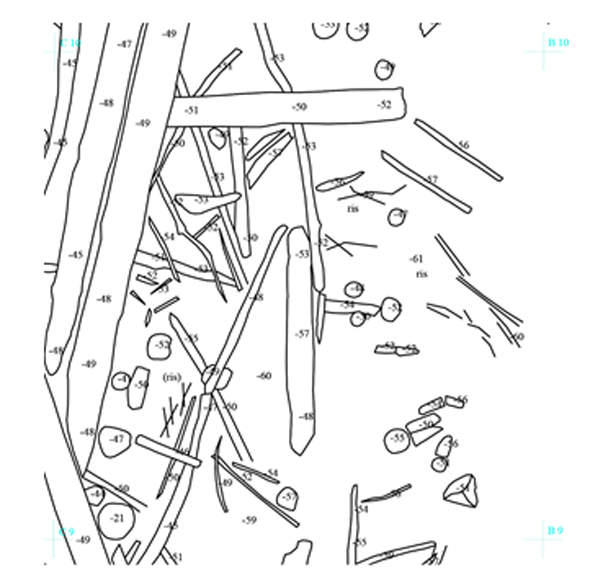 Figure 3. Neither does Arbman’s plan of the square C9 show the position of the vessel or the peat block. Note that there is nothing that indicates any post Stone Age instrusions in this area (the picture is a pdf of square C9 from the file Kplan2.dwg on the CD in Browall 2011).

Figure 4. This is the box before the investigation of the block. Photo: Jackie Taffinder, SHMM 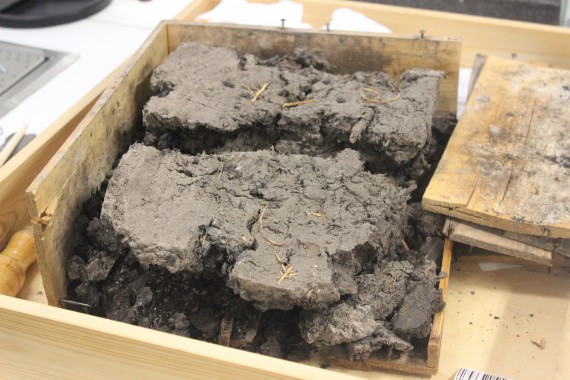 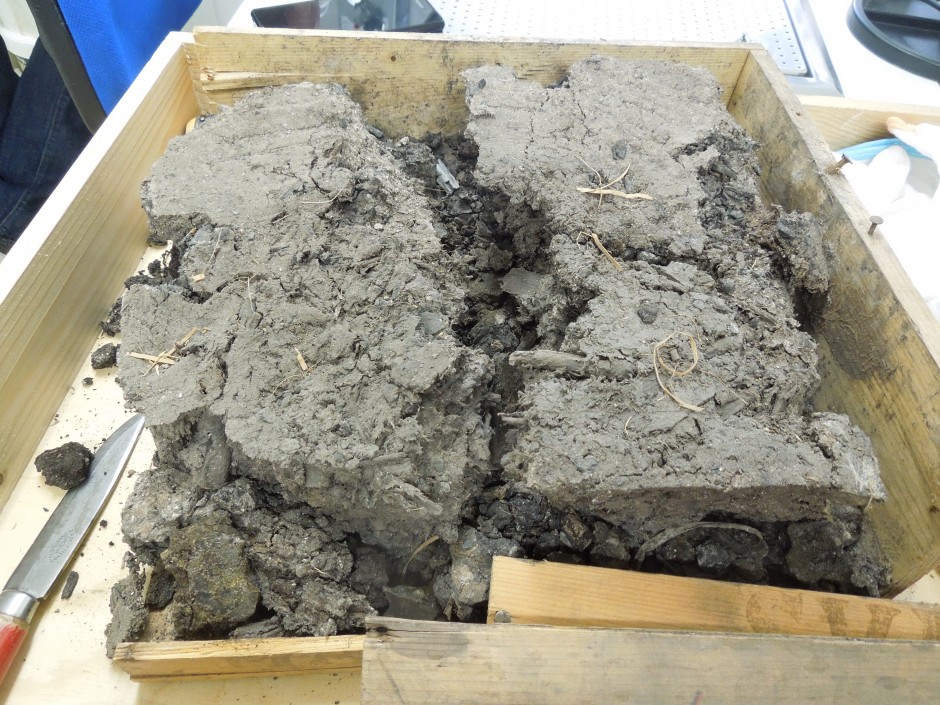 Figure 5-6. This is what the uppermost layer looked like when the lid had been removed. In my opinion this is lime gyttja, i.e. the block is upside down in the box. 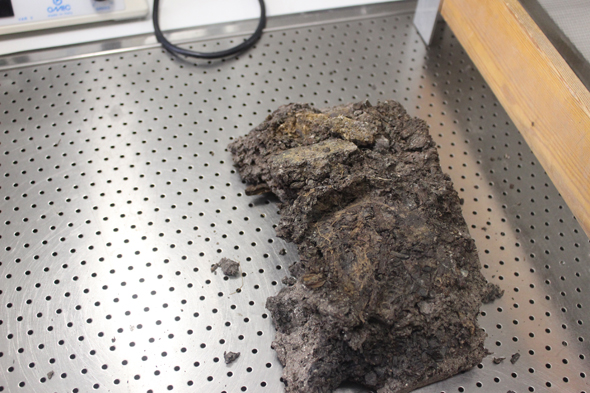 Figure 8. One of the lumps turned upside down with the light grey lime gyttja downwards. Photo: Nathalie Hinders, SHMM 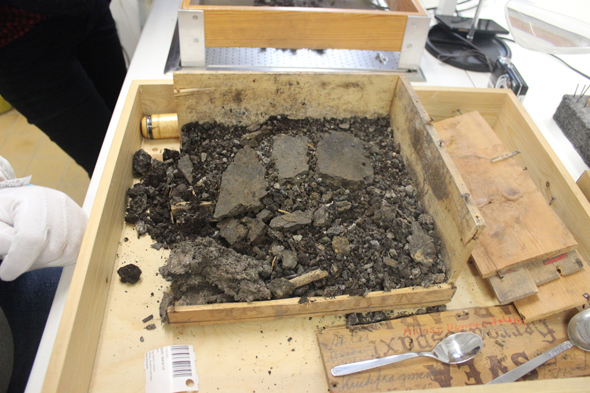 Figure 9. When the lumps were removed larger and smaller potsherds were revealed. Photo: Nathalie Hinders, SHMM 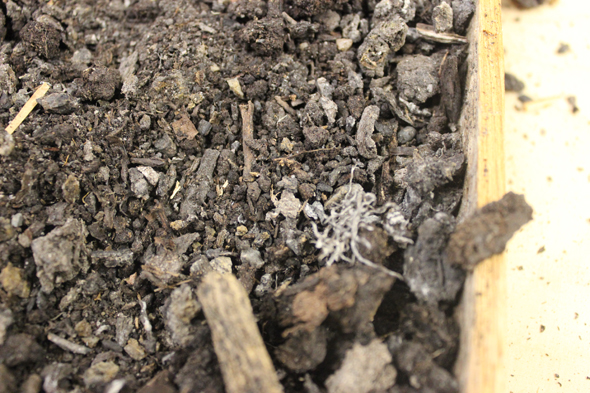 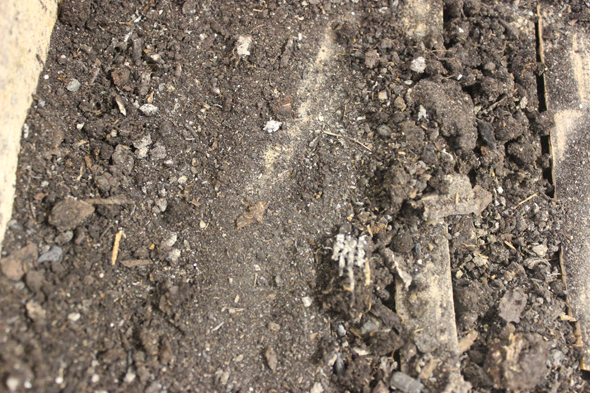 Figure 10-11. Under the potsherds, i.e. at the bottom the box,  there are a few textile fragments. Photos: Nathalie Hinders, SHMM 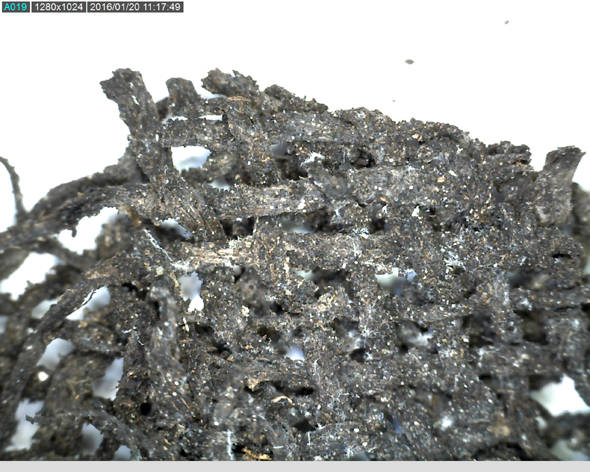 If my interpretation is right, the correct stratigraphy in the box is as follows:

This is what I think happened:

First the larger parts of the vessel were removed from the findspot. Then the peat block was cut and dug up down to the lime gyttja. Subsequently the square block was removed from the lime gyttja with a spade. Finally a wooden, purpose-made box was placed over the block, turned upside down and the spade was wiped clean against the side of the box (it is evident that the two light grey lumps are smooth and seem to have been soft before they dried).

This was probably done to protect the content of the block so that it could be investigated later. We still do not know where in relation to the vessel the block was extracted. If it was taken directly under the vessel, the level of the block must have been between -52 and -62, or somewhat deeper, in which case the lime gyttja would have been reached. According to the photographs of the wooden box in the blog posts, it was about 10 cm high.

My conclusion is that the date of the textile fragment to the mid 15th century becomes somewhat more comprehensible if the stratigraphy of the peat block is turned upside down.